DUNGANNON Swifts’ Chairman has rejected claims that a number of supporters have been banned from the ground following Saturday’s game with Cliftonville at Stangmore Park. 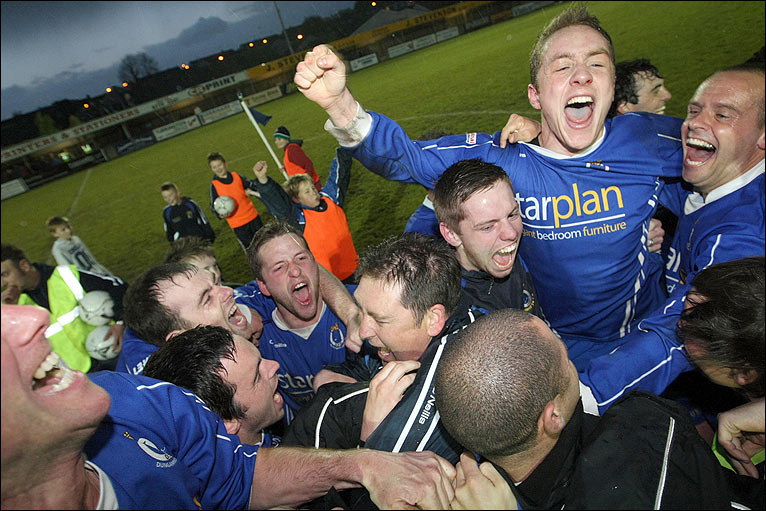 It has been confirmed that one supporter has been banned from the club after running on to the pitch in the closing stages of Saturday’s game.

But claims posted on social media, that a number of people have been barred have been rejected by Chairman Keith Boyd.

“Only one supporter has been barred for running on to the pitch,” Keith told the Courier.

“Everyone is welcome apart from the one person who has been barred.”

A large contingent of almost 40 young people have been admitted to games free of charge this season by the club, and have been praised for adding to volume levels at Stangmore Park.

However, the Chairman has stated that issues around the singing of songs and conduct have made life difficult for him, despite all the efforts he has gone to to include the young supporters in the club.

He said: “We’ve done everything we can for them.

“We had them down at the club last week and I bought them pizzas out of my own money.

“On Saturday I didn’t even get seeing the game.

“People on the outside looking in might say you’re hard on them, but they don’t know the facts.

“There’s older supporters who’ve stopped going because of some of the language being used.

“Some of them have been putting up Union Jacks and singing ‘Rule Britannia’ and what’s that got to do with Dungannon Swifts.”

In a statement on a facebook page under the name, Dungannon swifts supporters club (sic), it was said: “After discussions we’ve come to a final conclusion that we won’t be back at games any more.

“We didn’t hope it would have to end this way because at the end of the day we only went to support the 11 lads on the pitch. But still week upon week we were treated as criminals.

“We wish Rod and the players every success for the coming season and for the future.

Saturday’s clash with Cliftonville was a thrilling affair and Dungannon got a late equaliser through Andrew Mitchell, prompting some fans to run on to the pitch to embrace the goalscorer.

And, contrary to rumours, no supporters were banned for coming on to the ground, the supporter being banned for entering the pitch at a different juncture, said the Chairman.

He also said the vast majority of the young fans will be welcome back at all future games.